A Beginner’s Guide To Noisecore 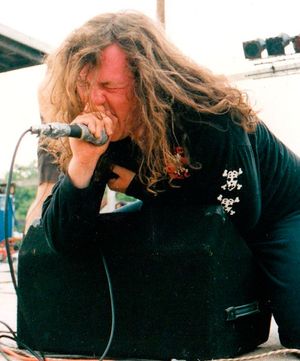 Noisecore is a musical endgame. Displaying an unrivalled level of nihilism, this is a style of music which takes elements of punk, metal, jazz and free improvisation and compacts them into highly charged sonic bullets.

The genesis of the genre lays in the hardcore punk scene which took traditional song form and turbocharged it. This culminated in Napalm Death’s scathing masterwork Scum. Released in 1987, the album combined impassioned political commentary with memorable riffing and blasts of noise which enter the eardrum like an ice pick.

One track in particular resonated with audiences ears, albeit not for very long. Clocking in at around 1 second, You Suffer disregarded all rules of form, length and structure. During the late 80’s, fellow British grinders Sore Throat, Intense Degree and Extreme Noise Terror also produced memorable slabs of distorted wax. Championed by Radio One DJ John Peel, the grindcore genre received an unprecedented level of public attention.

You may wonder how much personality can be packed into a 2 second blast of noise. Although many of the tracks may be sub-atomic in size, the particles create a solid form which is as full of character as the individuals who create them.

More bands stayed true to the initial blueprint and followed a line of left-leaning political commentary. This was, and remains to be true in the Brazilian scene. Bands like Noise and Industrial Holocaust use an unpretentious lo-fi philosophy to create fascinatingly bleak releases which ooze mystery and rage.

The DIY production values of many noisecore bands, along with the heavy emphasis on freely improvised music allows them to have prolific outputs. Many bands have discography’s which stretch into the hundreds. Canada’s Deche-Charge being one notable example.

The age of digital media has penetrated and manipulated most musical genres, finding new audiences and moving people away from physical products. Noisecore has remained relatively immune to this. While grindcore and hardcore punk attract millions of listeners around the world, noisecore has remained steadfastly underground. Bands clutch on to the cassette format and trade releases as though the last 30 years never happened.

New bands continue to arrive and shred the ears of younger audiences. Japan’s Sete Star Sept being one of the most active bands currently in the genre.

Delving in to the world of noisecore cannot be done by clicking a few buttons or loading up Spotify. It demands patience, curiosity and dedication, but it will deliver a whole new world of sounds which will test your tolerance and prejudices. Sometimes humorous, often dark…Noisecore exists like a musical Chernobyl. A place which many find fascinating but refuse to enter.

10 Noisecore Releases To Check Out (If You Can Find Them) -