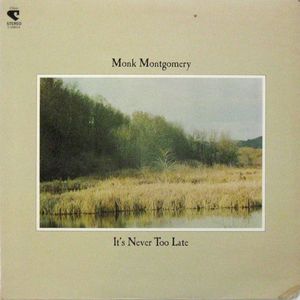 Released in 1969, Monk Montgomery decided it was time for the bass guitar to come to the front of the ensemble and play the role of lead instrument. Joined by a large ensemble formed around a core of Jazz Crusaders, Montgomery’s thick bass sound takes the listener through a journey of swing jazz, Philadelphia soul and African grooves.

The album opens with Big Boy. A swinging 12-bar blues which sees Montgomery take a lengthy solo. Throughout the album, Montgomery’s bass sits right at the front of the mix. His bass tone is round and full. The combination of his right hand technique, flat wound strings and his regular use of legato techniques gives the instrument a fretless sound at times. He slides in and out of notes with ease. This may be been a way for him to emulate the sound of the upright bass which was one of his initial goals with the new instrument. The presence of synthesised bass allows Montgomery to leave space in his solo lines and let them breathe.

Although this album, Monk’s debut as leader, has a strong roster of jazz musicians, many of the tracks are given a pop arrangement. Sunday Stroll is a straight-feel composition with a soulful core.  Montgomery plays the melody line over a light backing played by flutes and strings. There are no improvised solos. This follows the career trajectory of Monk’s younger brother Wes who went on to record a number of albums aimed at a wider market.

Can We Talk To You? is a sunshine pop composition with a wholesome heart accentuated by the string arrangement. Montgomery adds a bluesy touch by bending notes as the piece moves in a funkier direction. This is followed by Your Love which is driven along by 16th note hi-hat patterns.

A Place In The Sun opens with a short rendition of the melody on unaccompanied bass. Montgomery creates more legato effects by hammering on and pulling off notes. Throughout the album, the leader takes phrases and repeats them as a solo hook. They are often built around pentatonic scales, suiting the harmonically static material.

The slow moving melody of It’s Never Too Late is played in unison with the keyboard. A bass ostinato continues relentlessly underneath. Tension builds in the middle section as the ensemble crescendo through a passage of quavers. Montgomery begins to use double stops in his lines which brings another dimension to his improvisation.

Arranged by trumpet player and record label owner Hugh Masakela, The Lady has a distinctive South African feel. This is another performance with a pop-like commercial feel. Montgomery does include an occasional blues lick in to the otherwise diatonic lines.

The album features two jazz standard compositions. Montgomery plays the melody of Toots Thielman’s Bluesette. He continues into an improvised solo which contains more traditional jazz language than he uses elsewhere on the album. How High The Moon is given a slow grooving straight feel. The piece does burst out in to swing with Montgomery playing bass lines (a rarity on the album). Over this, the woodwind play the melody of Ornithology, Charlie Parker’s popular contrafact. This is the only piece on the album where anyone other than Montgomery is featured as a soloist. Even when playing an accompanying role, Montgomery’s bass remains at the front of the mix and he spends much of his time playing in the high register.

It’s Never Too Late would set the trajectory of Montgomery’s solo output for the next few years. The double bass had been used as a featured instrument in jazz music. Most notably on Paul Chambers’ Blue Note album Bass On Top. Using the bass guitar in this manner was unusual at the time and would preempt Jaco Pastorius’ more famous example by 6 years.