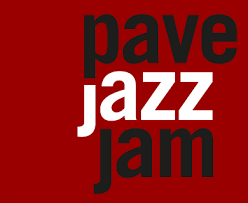 Although it may come as a surprise to many, Hull has a vibrant jazz scene that dates back to the 1960’s. On an average week, there are at least 4 opportunities to hear live jazz in the city. Local musicians and enthusiasts have been integral in creating some of the longest running jazz clubs in the north.

Hull Jazz Club can be traced as far back as the 1960’s when it was run by the local legend John ‘Blind Lemon’ Holborn. Still performing, Blind Lemon is one of those characters that make local music scenes great. Always immaculately dressed and full of wit, Lemon regularly appears at jam sessions in the city to play his signature blues Frankie & Johnny. Hull Jazz in its current form was launched in 1983 by bassist and banjo player Ken Ford who sadly passed away last year. A grassroots promoter in its purest form, Ford brought some of the biggest names in British jazz to the club as well as running regular players nights. Since his passing, the club is being kept alive by a small group of hard working volunteers. Running on a Wednesday at The Goodfellowship Inn on Cottingham Road, upcoming highlights include the Hull Big Band on October 18th & Route De Django on November 29th.

Another long running jazz session happens at Pave Bar which is located in the fashionable Avenues area of the city. The jam session, which has taken place every Tuesday for a decade sees guest musicians join the Rob Law Trio. The front liners include vocalists Jenny Smith & Kate Peters as well as horn players Ben Lowman, Rod Mason & Stuart Garside. Due to the bar’s location and the lack of admission fee, the jam has a varied and vibrant audience that is made up of jazz fans, drinkers and students. Pave also runs a Sunday afternoon session with smaller ensembles for diners to enjoy. Georgina Barr, Dan Edwards and Martin Jones are amongst the regular rotation of performers.

The most recent gig to emerge in Hull’s jazz scene takes place at 4.30pm every Sunday at the Humber Street Gallery. Humber Street is an artery of the old town that has seen a great deal of regeneration in recent years. When the sun is shining, the street has a bustling atmosphere with a heady mix of shoppers and culture vultures. The gallery jazz session takes place in the cafe and features duos. Organised by bassist George Beastall, he is regularly accompanying musicians such as Nicki Allan & Thom Whitworth.

One of the biggest events in the Yorkshire jazz calendar is the Hull Jazz Festival. In recent years the festival has been split into 2 parts with a Summer and Winter edition. This year, they are celebrating their 25th anniversary in style. Jazz guitar legend Pat Metheny will be leading a quartet to open the festival which will also features performances by GoGo Penguin, Arun Gosh and Andy Sheppard.

One of Hull’s most famous jazz connections comes not in the form of a musician but that of a writer. Philip Larkin was a librarian at The University of Hull, during which time he wrote many of his most well known works. As well as his poetic compositions, Larkin was also a keen jazz fan and the jazz critic for the Daily Telegraph. His outspoken jazz reviews were often full of controversy due to his his criticism of modern jazz. Larkin favoured early styles of jazz performance and this preference is apparent in his writings which have been compiled in a book, All What Jazz: A Record Diary 1961–1971.

For those looking to do further reading on the history of Hull’s jazz scene, a fascinating book was released in 1991 entitled Hull Jazz and Jazzmen. Compiled by Laurie Dex, the book features interviews with local musicians who have been part of the scene since its beginning. The book gives a powerful insight into the development of a local music scene from those who helped to create it.