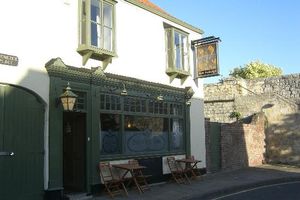 York is not a city well known for its musical exports when compared to other parts of the county. However, it has a friendly and welcoming jazz scene which has been growing steadily in recent years. The resurgence of jazz in York could be traced to the renovation of The Phoenix Inn which is located just inside the ancient city walls.

When it was reopened in 2009, the new landlord endeavoured to promote as much live jazz as possible. The popular Wednesday night jam session found a new home at the pub and continues to the present day. All players are welcome to sit in with the house band which is fronted by trumpeter James Lancaster. The Phoenix Inn has been host to several vocalists on a Monday evening including Kate Peters, Rachel Croft & Marlena Rose. The Sunday night slot is shared by contemporary jazz outfit The Firebird Quartet, The Georg Ruschmeyer Trio and guest bands from across the region. On a Friday evening, Karl Mullen plays solo on the pub’s upright piano.  All events at The Phoenix are free entry.

Another pub which hosts a weekly jazz session is The Eagle & Child on the opposite side of the city to The Phoenix Inn. There is a regular rotation of bands led by James Lancaster, Kate Peters, Karl Mullen & Ron Burnett. Ron has been an integral part of the York jazz scene for many years having played in the city since the 60’s and written the jazz column in the York Press. He also leads bands at The Cross Keys on Tadcaster Road. This session is on a Thursday afternoon and is hosted by various traditional jazz musicians and organised by the trombonist Alan Bramley.

Gypsy Jazz is well represented in York through the Wednesday night jam session at The Victoria Vaults which is close to the train station. This fortnightly jam has been running for several years and has an atmosphere closer to that of a folk music session. Many of the musicians involved in the jam play at other venues across the city including a monthly slot at the tiny & appropriately titled bar The Nook.

The longest running regular jazz event in the city takes place at Kennedy’s Bar on Little Stonegate every Sunday at 1pm. Having taken place for the best part of a decade, the restaurant has seen hundreds of musicians pass through its doors. The instrumentalists who play there currently include guitar virtuosos Adrian Ingram, Nik Svarc and Jez Platt.

Opportunities to see touring jazz musicians come predominantly through two venues. The National Centre For Early Music always includes jazz as part of their programme. The venue is a converted church which makes it more suitable for acoustic performances. Christine Tobin & Andy Sheppard are visiting the NCEM in the coming months.

One of the success stories of 2017 is the Basement Jazz Club which is located below the City Screen cinema on Coney Street. The club brings in cutting edge bands such as Flying Machines, Perpetual Motion Machine & Taupe and just as importantly, it consistently brings in a substantial audience with many events selling out. Gigs are happening at the club with increasing regularity and they bring in a young audience which is vital to the survival of live jazz.

Another success story of the York jazz scene is the York Jazz Initiative. Spearheaded by trumpeter Ian Chalk, YJI runs several ensembles including three youth big bands, a funk band, an adult big band and a jazz choir as well as organising educational workshops. Although it has only existed for a short time, several of its alumni have gone on to study at highly respected institutions such as Leeds College of Music and Chetham’s. This has led to the YJI becoming an educational partner of Leeds College of Music and receiving funding from the Ronnie Scott’s Foundation. A monthly showcase event is held at The Post Office Club and the ensembles have also played across the regions jazz clubs and festivals.

York University also plays an important part of the city’s jazz scene. Visiting lecturers at the university include Nikki Iles, Steve Watts, Iain Dixon and Mike Walker. A weekly Monday night jam is held on campus at V Bar during term time and the night always has a lively atmosphere. The University Jazz Orchestra plays two annual concerts with guest soloists. Over the last 12 months, the orchestra has been directed by the Canadian composer John Warren. A resident of the city, John is well known for his albums with John Surman & Stan Sulzmann amongst others.

For those wishing to learn more about the York jazz scene, you can visit the website www.jazzinyork.com which lists all of the jazz events in the city. Although not as well known as its neighbours to the west, York has one of the fastest developing scenes in the north of England. 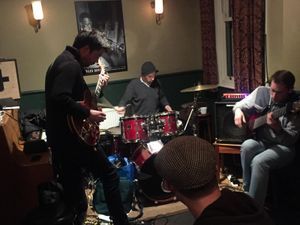