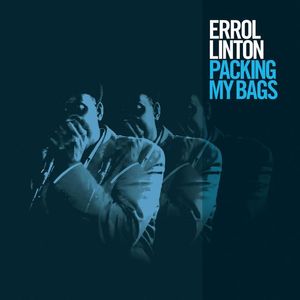 Speak to any music teacher up and down the country and ask them about how they teach their students how to play a solo. Most of them will tell you that they introduce the 12-bar blues and the blues scale. Why? The blues is so universal, so recognisable, so relatable that people of all ages find great joy in hearing, and playing it. So if this is the case, why aren’t there thousands of incredible blues musicians filling every club in the land?

The problem may be that it’s almost too easy to sound competent playing this way without too much effort. Musicians learn the scale and are happy to play around with it and sound pretty good. It takes that extra level of dedication, research and engagement with the music to really play it. There is so much rhythmic nuance in the music that has to be absorbed, and don’t forget the tasteful use of that blue note that sits somewhere between a minor and a major 3rd.

With Errol Linton, we have a musician who has gone to these extra lengths of exploration. What the band are playing on Packing My Bags may not be revolutionary in terms of musical advancement. The revolution here is the absolute commitment to a sound and style. From the opening of the first up beat 12 bar blues the record screams purity, down to the Robert Johnson inspired falsetto. Linton has great agility on the harmonica and the joy in his playing comes from the powerful rhythmic phrasing which he uses to play call and response with himself. It’s as though he’s engaged in a fiery discussion, yet everyone agrees with one another.

Linton’s vocal often has a downbeat, conversational quality which suits the storytelling side of blues music and particularly the frontman’s own lyrics. The rhythm section create a consistent and subtle groove throughout the album. They get the muscles moving whether they’re playing a Chicago blues, the down-home funk of In The Morning or the mid-paced reggae of Drink Up Your Last Dollar. You have to have a creative rhythm section to pull off a one chord tune like Wish You Would. If the harmony isn’t moving then the groove needs to be happening. BB King playing Catfish Blues being a notable example from the blues catalogue.

After 35 minutes of smile-inducing grooves, swirling organ and overdriven guitar soloing, the album moves in a new direction for the closing song. The guitar and piano work in synchronicity, moving gently up and down arpeggios on Through My Veins. The country influenced piece touches the soul in the way only simplicity can. A great deal of skill is involved in the performance but the familiarity of the chord sequence pulls at the more frayed and tender heart strings.

In a world where we are flooded with access to new music, people are constantly searching for something fresh. A way to stand out from the unimaginably vast crowd of competent musicians. The way to bring yourself to the forefront may not always be to try something new, but to take the things that people love, play them with integrity and bring a little joy into the lives of whoever’s listening. If that’s the case, Errol Linton is destined for more and more success.